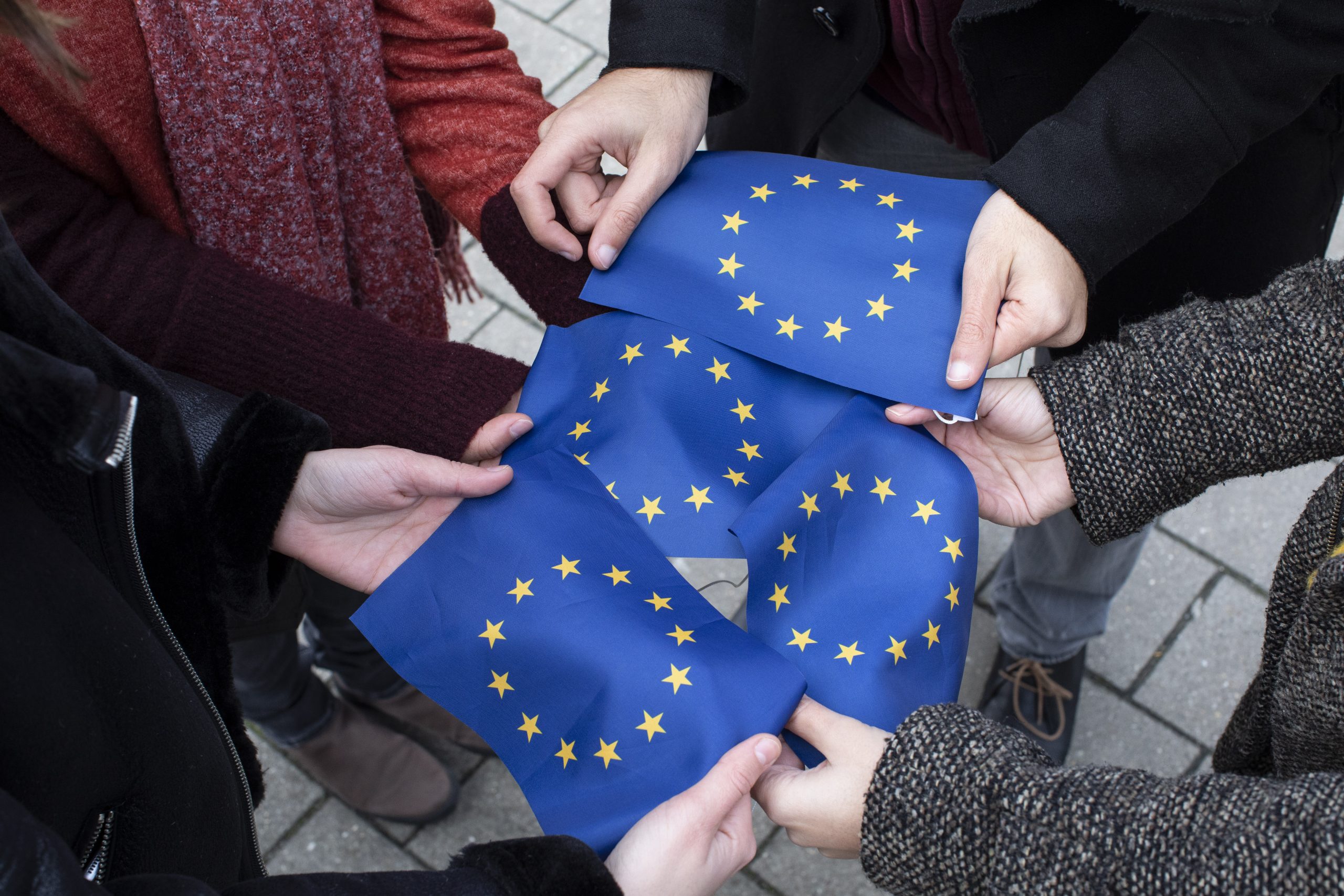 By mediatizedJune 29, 2022Newsletter
No Comments

FEATURED: News from our researchers 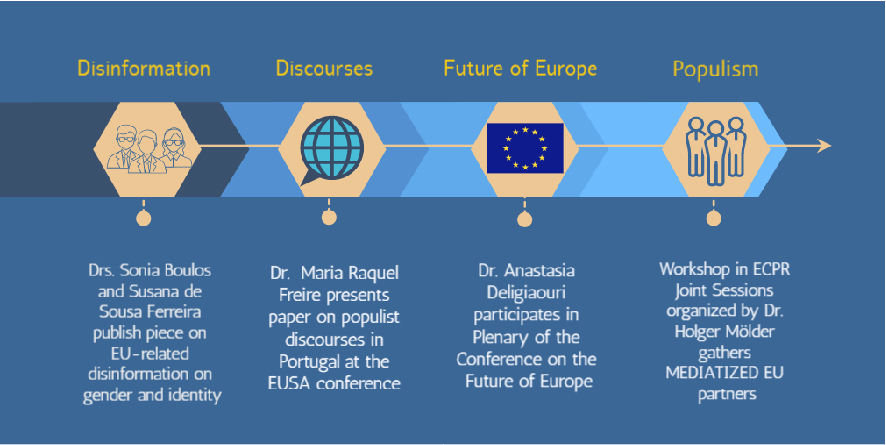 On February 27, three days after Russia’s invasion of Ukraine, MEDIATIZED EU partners issued a statement condemning the threat posed to the European project, which is a key outcome of peace efforts and solidarity-building in the region after two world wars.

United in their pledge to prevent future wars, European leaders decided to build a strong union based on solidarity that would pursue the values of freedom, peace, democracy and the rule of law. Russia’s invasion of Ukraine severely undermines these values and principles in Europe and on a global scale. We, the academic community implementing the European Commission-funded MEDIATIZED EU project, call the European Union bodies for action to defend freedom, peace and democracy in Ukraine and in Europe!

The European Commission released the results of Standard Eurobarometer 96 in April 2022. While many Europeans were found to be concerned with the environment and climate change (26%), rising prices, inflation, cost of living (24%) and immigration (22%), results of another survey issued in June by the European Parliament (EP Spring 2022 Survey) show a continued increase in support for a common defence and security policy: from 77% in the first to 81% in the second poll. We asked MEDIATIZED EU researchers to comment on these results, on the perceptions that they revealed, and the prospects for the various countries’ and the EU’s policies on main issues. Check the full report on our website.

The MEDIATIZED EU teams met in Brussels on June 16 for the first Mid-Term Review, during which the project’s progress was discussed, among other things. The consortium also held the scheduled Board and Quality Board meetings in order to coordinate and plan the next steps of the project’s upcoming research and visibility activities.

What do we know now about public opinion in relation to the EU? What is the level of freedom of press among the seven target countries in the MEDIATIZED EU project? What is the level of concern among European citizens regarding the spread of disinformation? In the second episode of our podcast series, Dr. Sonia Boulos, Professor of Law and International Relations at the University of Antonio de Nebrija, was asked to provide a sneak peak of the results from the project’s recently drafted policy scoping report. You can watch or listen to the interview on our website and on YouTube, Spotify, Soundcloud and Google Podcasts. 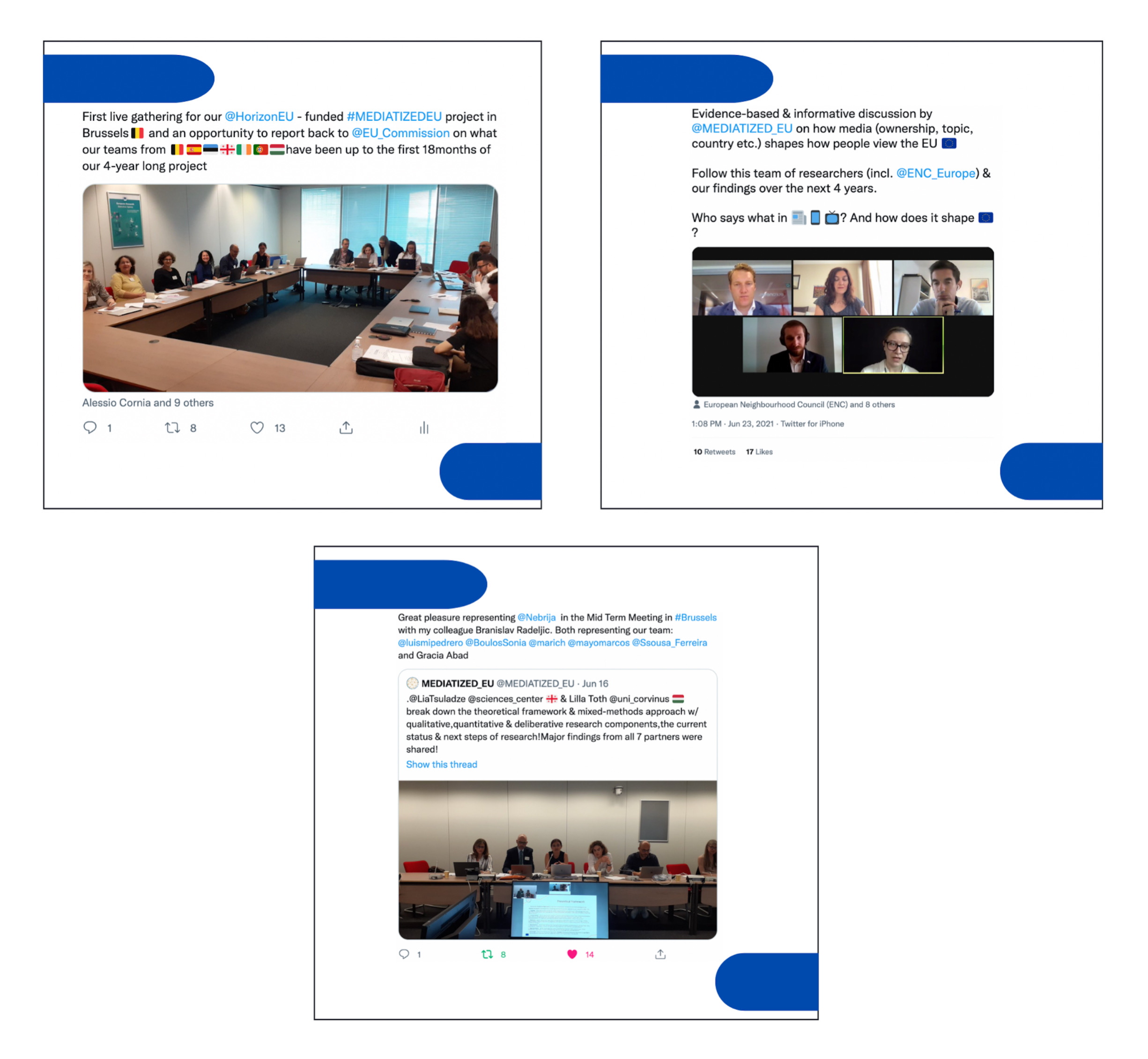 The MEDIATIZED EU teams are currently engaged in the media analysis phase of our project, in each of the seven target countries. Next, we will interview political and media elites based on the findings of the previous phase, when we will ask these actors about their opinions on topics related to the European project and the pressing issues with which the European Union and European citizens have been faced recently. Finally, we will conduct a survey with the general population in each of the countries, and then hold civic discussion forums to promote a public debate on our results. Stay tuned for more updates!

In September 2022, we will hold a joint roundtable in Brussels with two other H2020 projects devoted to the same topic, MEDIADELCOM – Critical Exploration of Media Related Risks and Opportunities for Deliberative Communication: Development Scenarios of the European Media Landscape, and EUMEPLAT – European Media Platforms. At the event, we will discuss the results of our Policy Scoping exercise. It involved distilling our desk research in our seven target countries into a policy scoping report, where we track policies related to media freedom, cybersecurity and disinformation, and suggest some key issues for policymakers to focus on. Stay tuned for updates about the event and the report!